“Panchenai has been greatly affected by wild elephants. Two people have been killed and hundreds have been injured in the last 5 years. Several houses and tens of thousands of rupees worth crops have been destroyed in this year alone.” - Local officers from the Department of Wildlife Conservation.

As Panchenai is located near deep forest that is a natural habitat for wild elephants, they routinely attack this village in search of food such as corn, peanut and rice.  Although there is a nine-kilometer long electric fence along the elephant crossing border, elephants frequently damage the fence and enter into the village.

Anpuneri funded the clearing on both sides of the fence area and salaries for guards to patrol the border along the fence during nights to protect the village and crops from the wild elephants. The guards beat tin (“thakaram”), light fires, shout and firing firecrackers to try to chase away the wild elephants.

Anpuneri-Panchenai Village Development Society submitted a proposal to plant palmyra and citrus trees to create a natural fence along and beside the electric fence to prevent elephants coming closer to the elephant fence. It is expected that elephants would avoid damaging the fence as they cannot go close to the elephant fence because of sharp fronds of palmyra trees and thorny citruses. 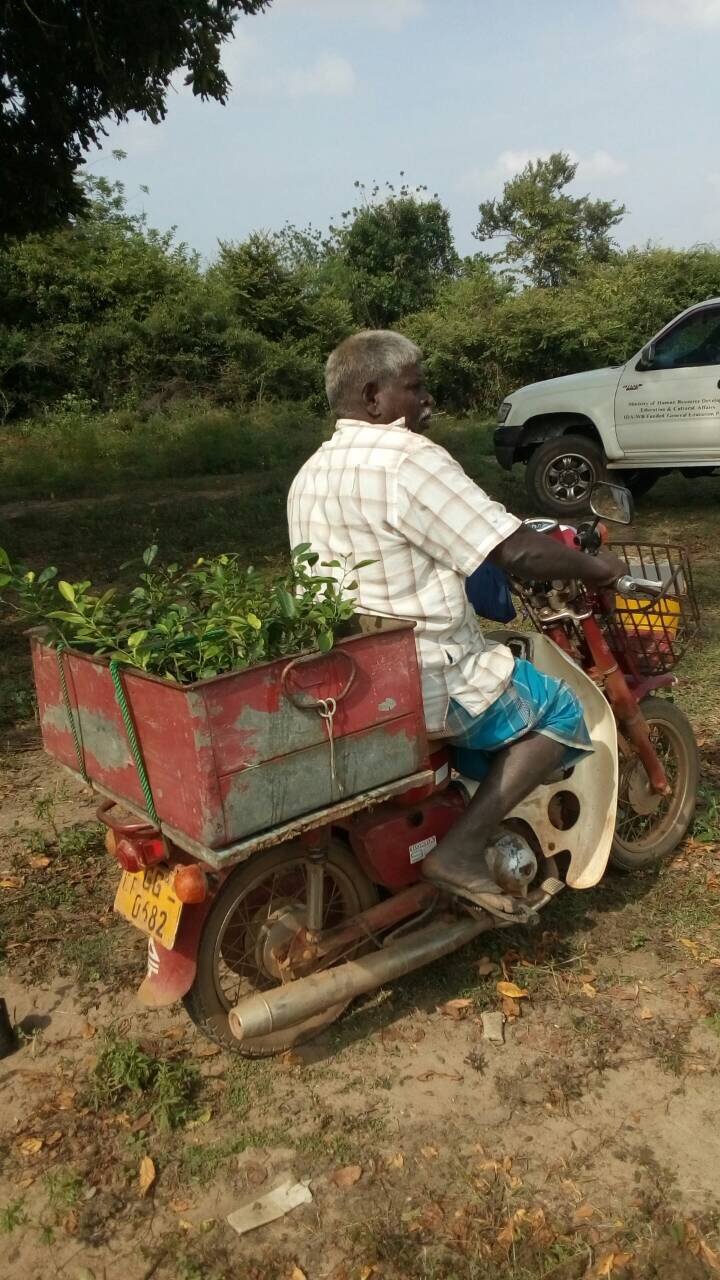 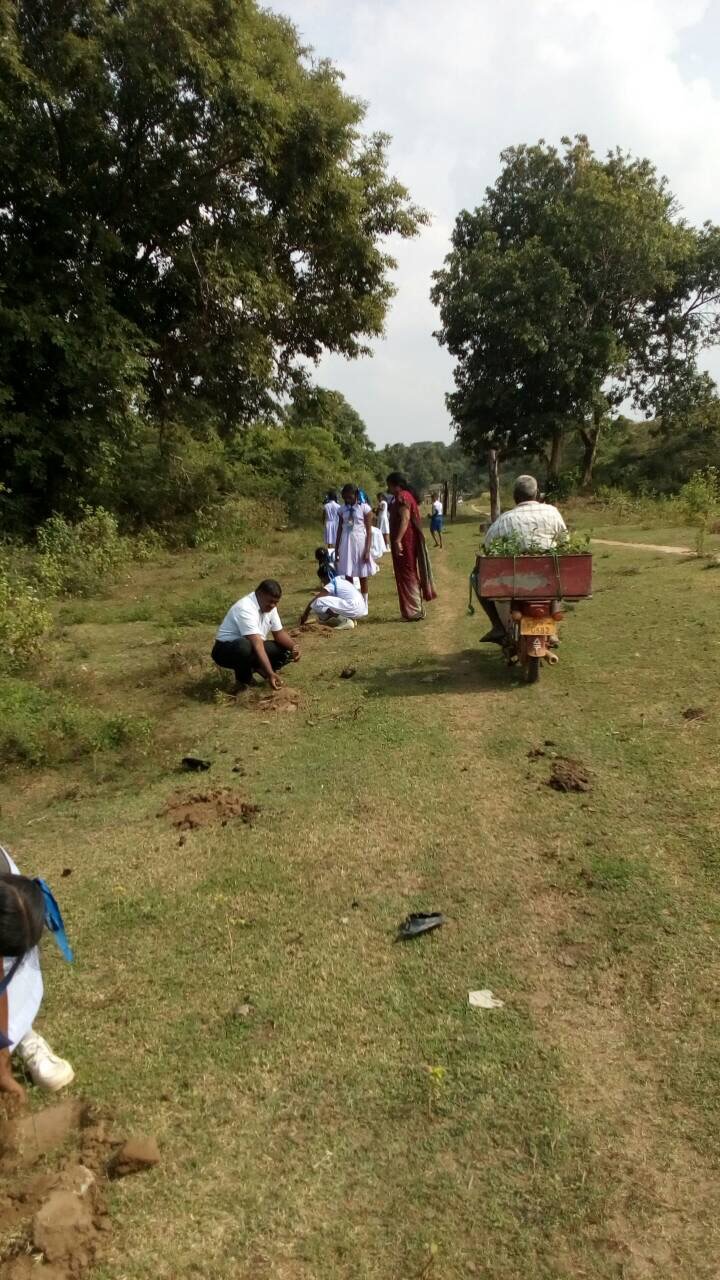 During the Anpuneri’s BBQ 2017, Jaffna Hindu College A/L91 Batch in Canada came forward to take care of the expenses of planting trees along the fence. Anpuneri-Panchenai Village Development Society has completed this task in January 2018. They planted more than 2,000 palmyra trees and 1,000 citrus trees with the help of villagers, including students and teachers from Panchenai Pari Vithyalayam. It should be noted that Zonal Education Director for Batticaloa West, Ms. Ahila Canagasooriyam, and officials from the Department of Wildlife Conservation participated in the planting activities.

Second round street light Installations have been completed